Every man should get married some time; after all, happiness is not the only thing in life!! 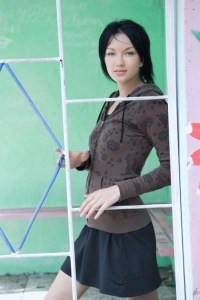 Bachelors should be heavily taxed. It is not fair that some men should be happier than others.

–Oscar Wilde: Don’t marry for money; you can borrow it cheaper.

I don’t worry about terrorism. I was married for two years.

Men have a better time than women; for one thing, they marry later; for another thing, they die earlier. When a newly married couple smiles, everyone knows why.

When a ten-year married couple smiles, everyone wonders why.

Love is blind but marriage is an eye-opener. I take my wife everywhere, but she keeps finding her way back to home always.

Badd Teddy recently explained to me why he refusesto get to married. He says “the wedding rings look like minature handcuffs…

.. When a man opens the door of his car for his wife, you can be sure of one thing:

A couple came upon a wishing well. The husband leaned over, made a wish and threw in a coin .

The wife decided to make a wish, too. But she leaned over too much, fell into the well, and drowned. The husband was stunned for a while but then smiled “It really works.”

A man placed some flowers on the grave of his dearly parted mother and started back toward his car when his attention was diverted to another man kneeling at a grave. The man seemed to be praying with profound intensity and kept repeating, ‘Why did u have to die? Why did you have to die?” The first man approached him and said, “Sir, I don’t wish to interfere with your private grief, but this demonstration of pain in is more than I’ve ever seen before. For whom do you mourn so? Deeply? A child? A parent?” The mourner took a moment to collect himself, then replied “My wife’s first husband.”

If your dog is barking at the back door and your wife yelling at the front door, who do you let in first?

The dog of course… at least he’ll shut up after u let him in!